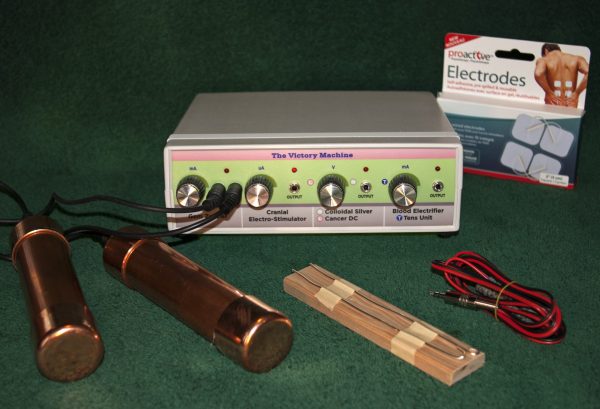 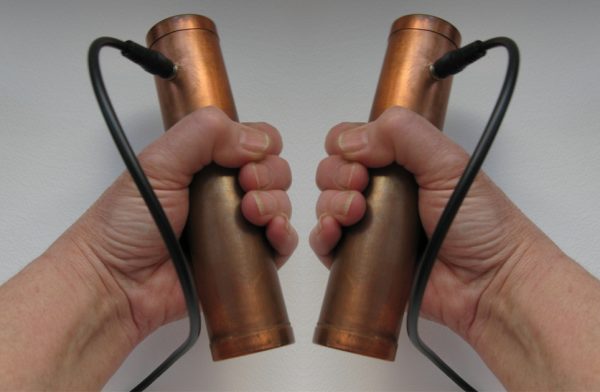 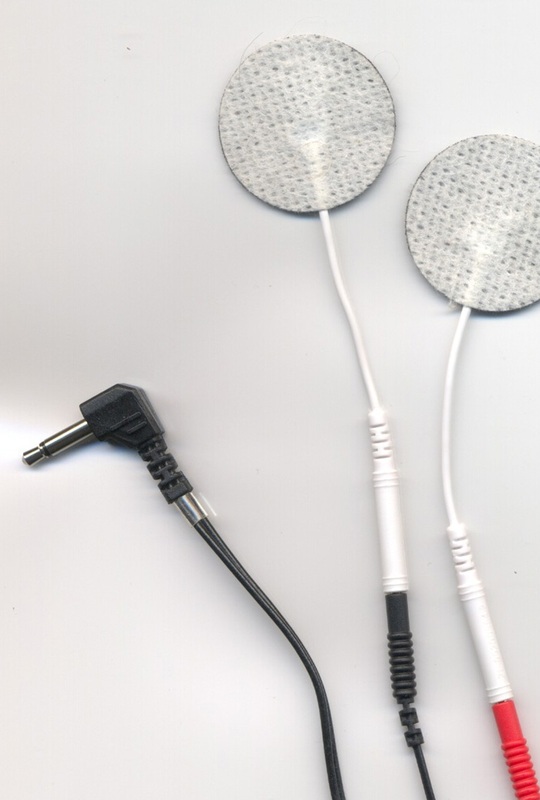 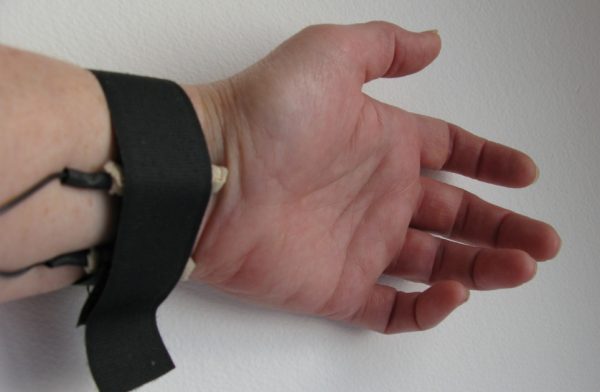 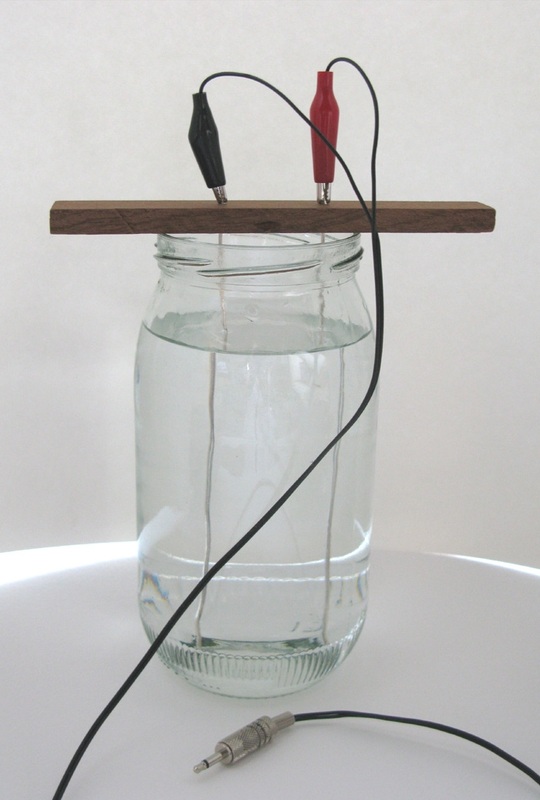 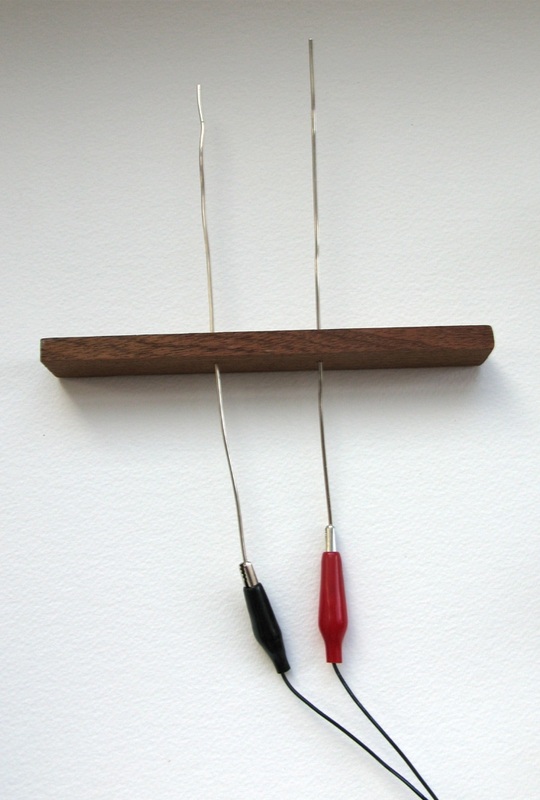 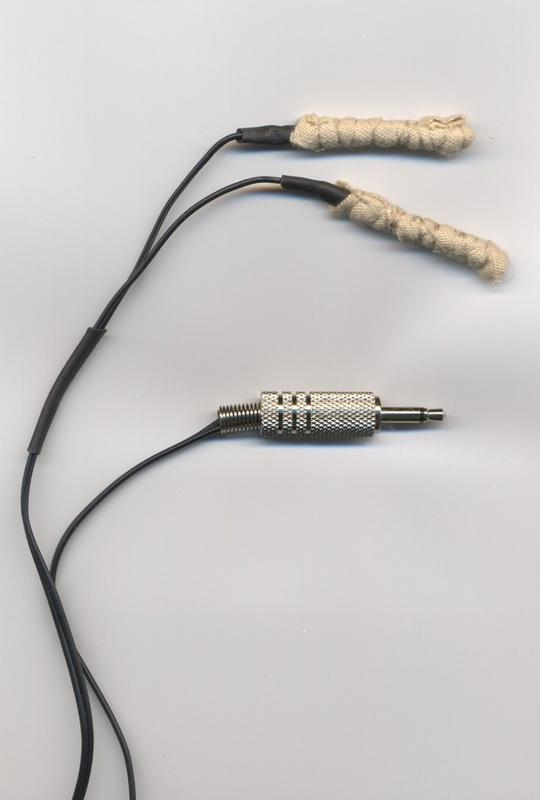 This unit cleans the blood of Parasites and Mycoplasmas,cleans the intestines of Worms and Parasites, kills 650 kinds of Pathogenic organisms, elevates your mood and improves memory by normalizing your Neurotransmitters. Sounds like a lot. It is possible because it contains Six different aspect of the emerging Science of Electromedicine. On the left we have the Gem Zapper. a radio frequency device creating a 32 000 cycle per second square wave at 500 milliamps. This current is run through the body using copper hand held electrodes and is half of the power of a 9 volt battery. This frequency has proven to kill and devitalize germs, viruses, bacteria, molds,flukes,and fungus living in the digestive tract, giving the body a chance to “clean house.”The CES unit handles about 30 distressing mental conditions.The blood electrifier kills everything in the blood that is not “you” and doubles as a tens unit . You can make you own colloidal silver water and on minimum setting in this doubles as a DC applicator for reducing tumors by electrolysis.

They say a Hummingbird flaps its wings 4500 times per minute,well Viruses are even faster. A 24 hour period for a Virus is like 2500 years for humans. This would be 125 generations or more.
Since they are living and fight being exterminated it is no easy task to get rid of them.The Victory Machine is designed to give you “a fighting chance” with it’s Colloidal Silver maker you can have viral kill going on 24 hours a day
In combination with M.M.S. Oxygen supplement, twice daily,your red and white blood cell become more efficient at killing anaerobic pathogens 24 hours a day.
These treatments must be carried on longer than the multi-stage life times of these organisms.(cyst,egg, Nematode, worm, adult.)Blood electrification,(two hours a day for 21 days) is done to clean ALL of the blood in the body. Daily Zapping kills viruses and bacteria. Those not immediately killed have their surface proteins changed so they can no longer attach to cells,effectively stopping the next generation.These mild electrical currents also have the effect of making the red blood cell more efficient carriers oxygen, they make the white blood cells more energized with an increased energy to scavenge for germs.This puts  you in the position of fighting weakened invaders with  a stronger immune system.Hence Victory. 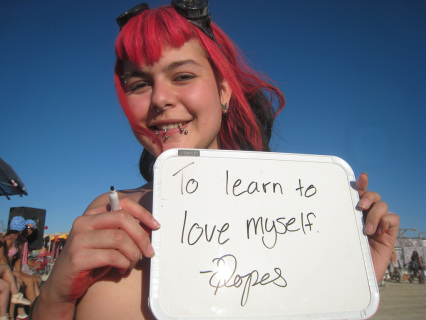 As reported by the Silver Institute (a group which keeps silver investors appraised of all of the new uses for silver in business and industry), the EPA has recently approved the use of a product called Axen30, a liquid spray disinfectant similar to colloidal silver, for use in child day-care centers, preschools, schools, gymnasiums and children’s activity centers.

Axen30 is a dilute formula consisting of 30 ppm silver used as a spray disinfectant. But here’s the interesting part: