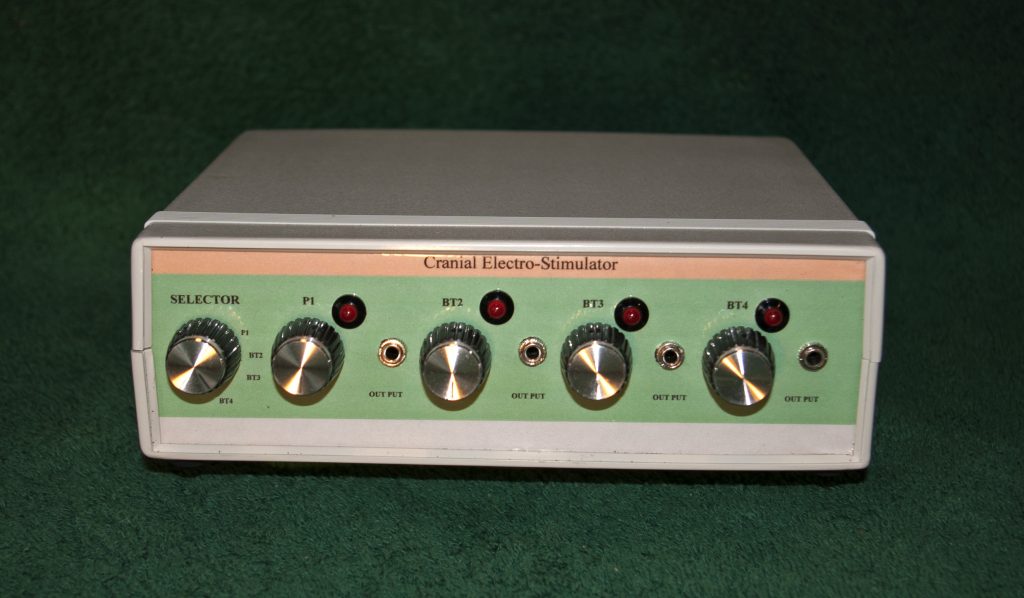 This unit has proved effective, in two small preliminary US studies, on the tremor predominant form of Parkinson.

Right now it’s being shown  at an International Medical Conference in Barcelona Spain to get the word out and get more interest in further studies. The units are in double blind studies in Florida.Preliminary result  is  cessation of tremors after a few 20 minute treatments. Results are not permanent so far but  as time goes  on we will see if the effect is cumulative.Patients report “feeling better” or “less hopeless as well.”

We have been in the Cranial electro stimulation business for 6 years and have had great success with it for:

This is Deep Brain Stimulation without Surgery or cell destruction.

The treatment is applied with reusable sticky electrode pads behind the ears. NO PAIN, Hundreds of thousands of CRANIAL ELECTRO STIMULATORS units in use around the world with no contraindications.